The 3 Rivers Climate Convergence kicked off Monday for a week of action, education and organizing opposite the Sept. 20-23 International Coal Conference and the Sept. 24-25 G20 Summit in Downtown Pittsburgh.

Featured Action for Today: Join the climate contingent at the People’s Uprising march on the G20

CONVERGENCE UPDATE: Pittsburgh’s Department of Public Works has confiscated our tents, chairs, tables and other materials at our Schenley Park Convergence Space. we have moved our workshops to the G20 Artspace at Carnegie Mellon’s campus lawn.

Note that parking near CMU campus is difficult today, since may roads are closed and all CMU parking lots are closed. Check back later for updates.

Their Strategy:
Isolate themselves behind fences, barricades and police, use millions of our tax dollars to silence dissent and repress us while perpetuating the same systems that consolidate wealth and control in their hands

Our Strategy:
Inspire a spirit of cooperative resistance to these structures while creatively modeling “another world” that is healthier, sustainable and just.

9/24-25- The G20- World Leaders will gather to construct a supposed solution to the climate crises that those who created the problem, large corporations and fossil fuel producers in charge of the solutions.

This September the fossil fuel industry and their political supporters are descending on Pittsburgh to put a green face on global capitalism. World superpowers, whose failed policies are responsible for the economic, environmental and human rights crises, will be convening to make major political and financial decisions. They will be met by global citizens who know we need to do things differently. We’ll break through and demand real, localized and community-based solutions that come from the 6 billion people of the earth, not 20 heads of state.

The Group of 20 Nations and members of the International Coal Conference will attempt to solve our problems with the same, failed systems that caused them — legitimizing corporate controlled “solutions” to global warming and green washing the same old dirty energy sources.

The Three Rivers Climate Convergence will focus on:
– A climate convergence, to be held September 20-25th in Schenley Park, located at Schenley Park overlook, near Carnegie Mellon
and the University of Pittsburgh.

– Nonviolent protests and creative actions around the International Coal Conference in Downtown Pittsburgh.

The convergence will gather together people united for environmental justice to share knowledge, attend workshops and plan actions and demonstrations in response to the International Coal Conference and G20 Summit. Through public education and action, the convergence aims to tie local and global climate issues together, and amplify efforts to create a just and sustainable world. It will be a model of sustainable living in the shadows of a 21st century city.

In our region, we’re struggling to stop longwall mining, mountain top removal, marcellus shale gas, the industrialization of the Allegheny National Forest, among many others. Landslide Community Farm, the One Hill Coalition and Free Ride are just three examples of the many efforts sprouting up as alternatives to corporate solutions for climate change and sustainability.

We are asking you to join us in Pittsburgh, bringing along your skills and passions. Share valuable knowledge by teaching workshops and facilitating discussions, working on camp infrastructure, planning and executing actions, networking with other climate activists and showing Pittsburgh and the world that living collectively and sustainably can be done.

Monday, Sept. 21
“Welcome to Coal Country“, Events led by Southwestern Pennsylvania coal-impacted communities, focusing on longwall mining and the effects of the entire coal cycle in our region Tours of longwall mining sites led by the Center for Coalfield Justice

Thursday, Sept. 24
“Our Climate is not Your Business“, climate contingent at the People’s
Uprising march on the G20 in Pittsburgh. 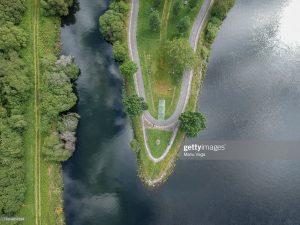 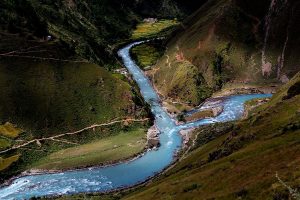